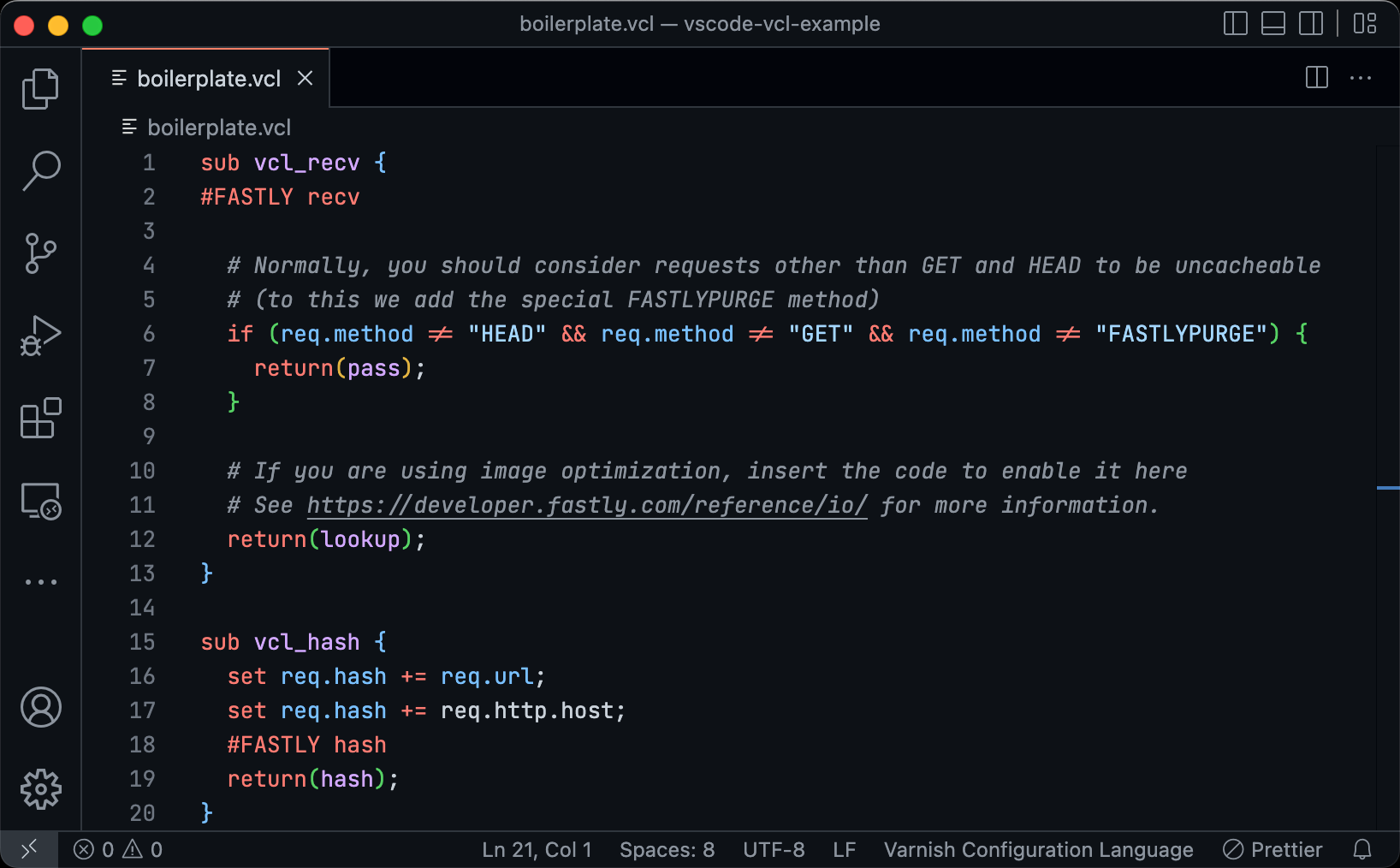 As a member of the Solutions Engineering team at Fastly, I create solutions for customers using Fastly’s VCL platform.

That platform is configured using the Varnish Configuration Language. The Fastly Developer Hub  includes a comprehensive VCL Reference, which describes:

Fastly's cache servers run an evolution of Varnish which diverged from the community project at version 2.1. Varnish Configuration Language (VCL) remains the primary way to configure our cache behaviors, and our VCL syntax derives from Varnish 2.1.5, but has been significantly upgraded and extended for Fastly-specific features.
While it's possible that VCL written for the open source Varnish will work on Fastly, our VCL variant should be seen as a separate language.

I compose small solutions using the fabulous Fastly Fiddle, which includes syntax highlighting. It shows VCL keywords such as sub and return in a different color as request headers, strings and comments.

At the beginning of my programmer journey, syntax highlighting did not exist. I initially considered the rainbow colors a waste of processing time. However, I have come to realize that the handsome hues highlight the structure of the underlying code and I now feel lost without them.

Occasionally, I construct larger solutions and have a need to edit them using my source-code editor of choice, Visual Studio Code. There are a number of Visual Studio Code extensions available which syntax highlight VCL code; however, none include support for Fastly-specific features, such as  code macros like #FASTLY recv. So I built one. By building from our VCL reference, I ensure that it supports all the required features.

A Visual Studio Code Language Extension uses a JSON TextMate language grammar, a structured collection of regular expressions, to tokenize the text into scopes such as:

Visual Studio Code themes such as GitHub Dark Default or the default Light+ map scopes to colors and styles.

The GitHub theme maps the keyword scope to red using a JavaScript object: 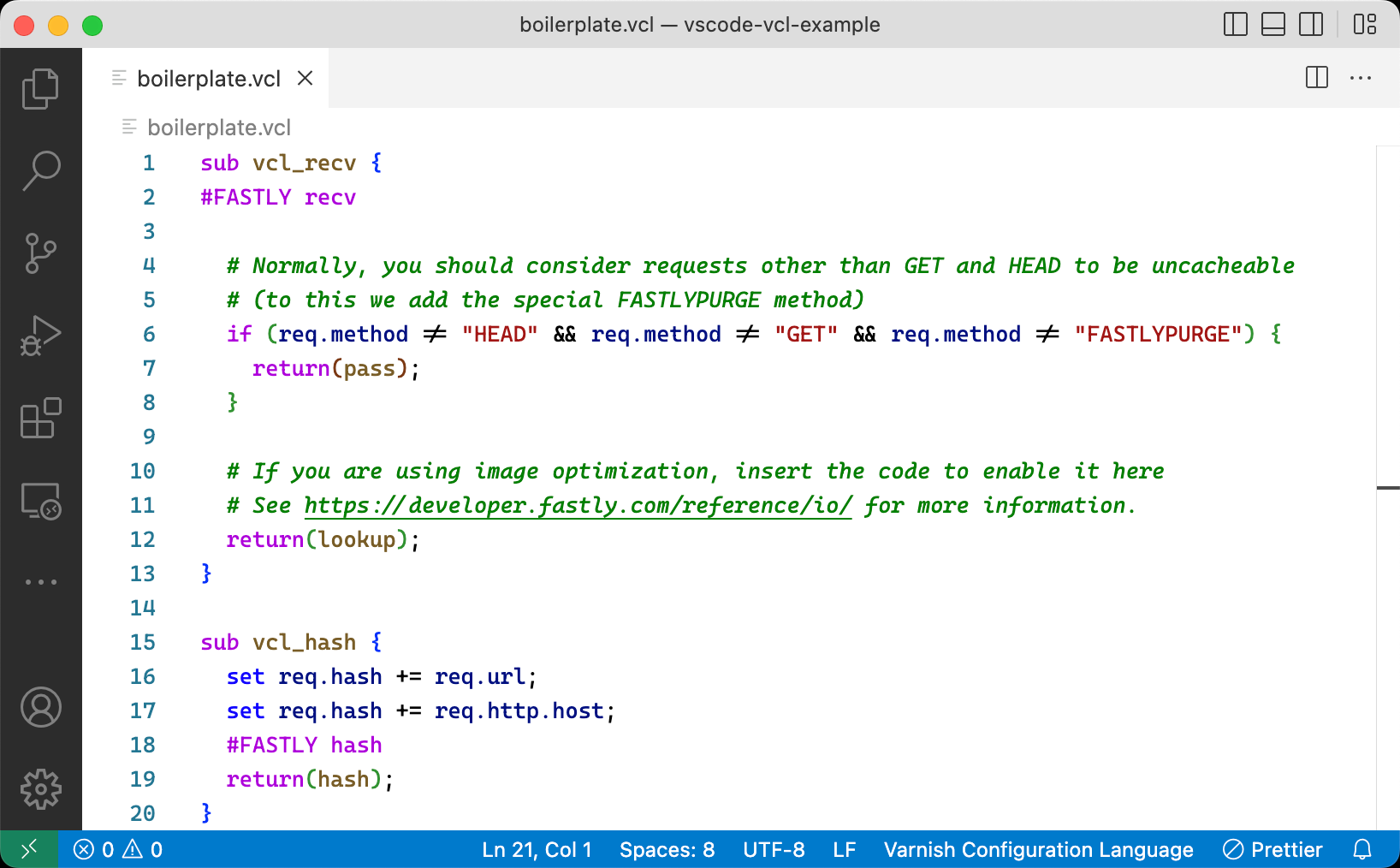 Leon Brocard is an orange-loving Senior Solutions Architect at Fastly with many varied contributions to the Perl community. He loves using open source to get things done.