Sports coaches used to rely on paper playbooks to review strategy with their teams. Now, many leverage the innovation of tablet computers for their speed and flexibility in reviewing key plays and athlete performance. Likewise, DevOps teams adopt new tools and frameworks like application containers and Kubernetes, a container orchestration system, to more efficiently and quickly build and release applications.

Containers, like Docker, package together an application with everything it needs to run consistently in any environment, so developers can release code faster. With the rise of container usage, Kubernetes has become a popular means to automate the deployment and management of containerized applications at scale: According to CNCF’s 2021 Cloud Native Survey Report:

First, a quick refresher guide to our software components: we built and patented communication between an agent and a module that operate on customers’ infrastructure and communicate with our Cloud Engine out of band to receive updated, enhanced intelligence. The module is not needed when Fastly’s Next-Gen WAF runs in Reverse Proxy mode, which you’ll read about below.

You can think of our deployment options in a 3×4 matrix: there are 3 “layers” where you can install Fastly’s Next-Gen WAF in Kubernetes, and 4 “methods” of how you can deploy.

We’ll work our way from the top of the stack down to the application layer with reasons why you’d choose one versus the other based on how your unique organization manages software deployment.

Second is the middle-tier or service layer, which you’d choose if you a) don’t have an ingress controller or b) are running another load balancer to front traffic but don’t want to install there for any given reason (even though Fastly Next-Gen WAF can install).

Third is the application layer which you’d choose in order to enable application teams to control the install themselves.

Within each of the layers described above, you can deploy Fastly’s Next-Gen WAF in conjunction with Kubernetes in any of the following four ways:

With three layers and four deployment methods, the flexibility that containers and Kubernetes offer becomes readily apparent with 12 install options. While Fastly Next-Gen WAF supports all 12 options, we highlight examples of the starred methods in the table below:

For layers 1 and 2, the ingress service is leveraged. Unlike traditional WAFs that require individual rule-tuning for each application that sits behind the ingress service, Fastly’s Next-Gen WAF requires none of that overhead due to our dynamic detections using our proprietary SmartParse methodology. 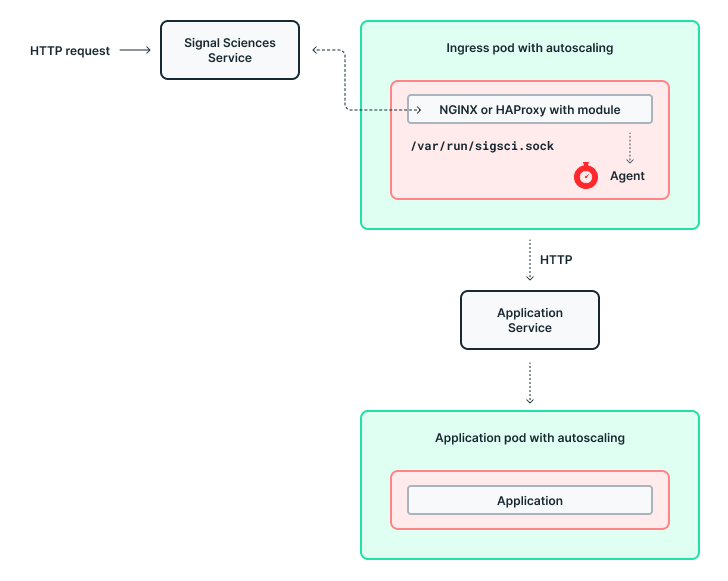 Similar to Option 6, with the only difference being that the module and agent are in separate containers within the same ingress pod. Just like Option 3, both the agent and module containers will have to share the domain socket volume. This deployment method protects Kubernetes clusters from exposure to the open internet. 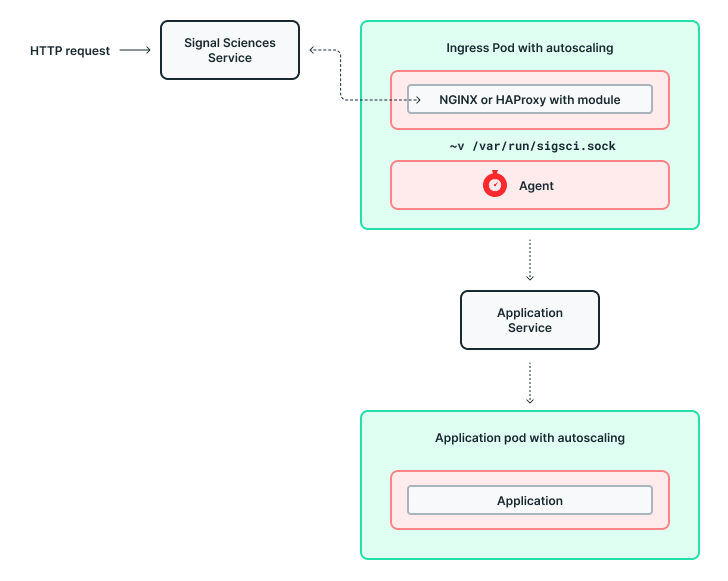 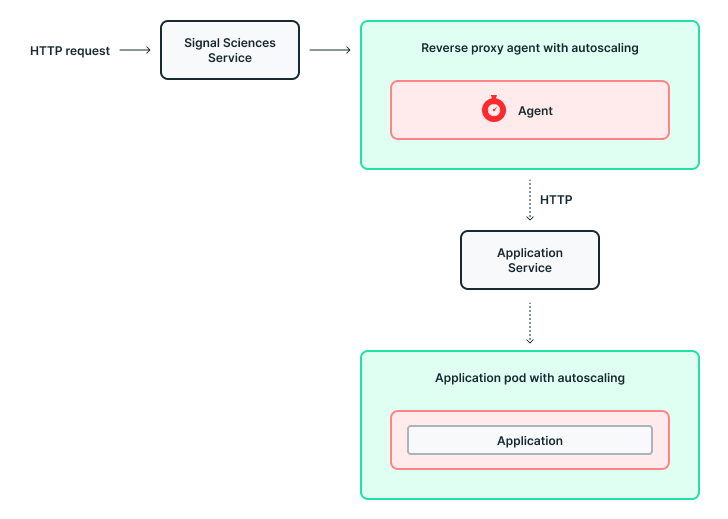 With Fastly’s Next-Gen WAF, you have ultimate flexibility to secure your applications and microservices quickly no matter how your DevOps team leverages containers with Kubernetes. These installation examples allow our customers to protect their apps on day one while ensuring that their applications will remain secure in the future, even if their app deployments with Kubernetes change.

Brendon Macaraeg is the Senior Director of Product Marketing at Fastly. Previously, he led the product marketing team at Signal Sciences and before that, focused on evangelizing and marketing security offerings at CrowdStrike and Symantec. Outside of work, Brendon keeps busy with his wife and kids enjoying outdoor activities.