Today we are introducing custom response codes. This feature enables our edge cloud network to pick up response codes from the Fastly Next-Gen WAF (powered by Signal Sciences) and take custom action at the edge without the need to create advanced rules — meaning more customized, efficient security for our customers.

One of the most exciting things about shipping new features as a product manager is the concept of leverage. Sometimes small features done in the right way create huge value for our customers. This particular release reminds me of a famous quote from Archimedes: “Give me a lever long enough and a fulcrum on which to place it, and I shall move the world.”

While I don’t want to be overdramatic, this feature is just so darn cool and we’re excited to be releasing it today for Professional and Premier Secure plan customers. It may not literally move the world, but it will move you toward a more sophisticated set of security layers for your most sensitive apps and APIs.

Custom responses at the edge

We have one of the most sophisticated WAFs on the market today, based on rich signal metadata that can be applied to HTTP traffic. Our next-gen WAF customers can write rules that block or rate limit requests based on extensive context about the request itself. Custom response codes work together with our edge cloud network to further improve your security posture. How? By blocking and mitigating attacks at the edge, pushing the enforcement from the application layer to the edge layer.

Prior to custom response codes, every block simply returned HTTP 406. This meant that if you wanted to do something different upstream, you were limited. Not anymore! By adding the ability to specify a custom HTTP response code on a rule-by-rule basis, you can achieve custom enforcement at our worldwide edge network. This brings together the programmability and flexibility of the edge for both Compute@Edge and VCL applications working in coordination with the Fastly Next-Gen WAF. And did you know we have a host of great tools for enforcement at the edge such as tarpitting, ACLs, edge redirects, and edge rate limiting (with penalty boxes)?

A few ways to use custom response codes

Here are some examples of what you can do with custom response codes: 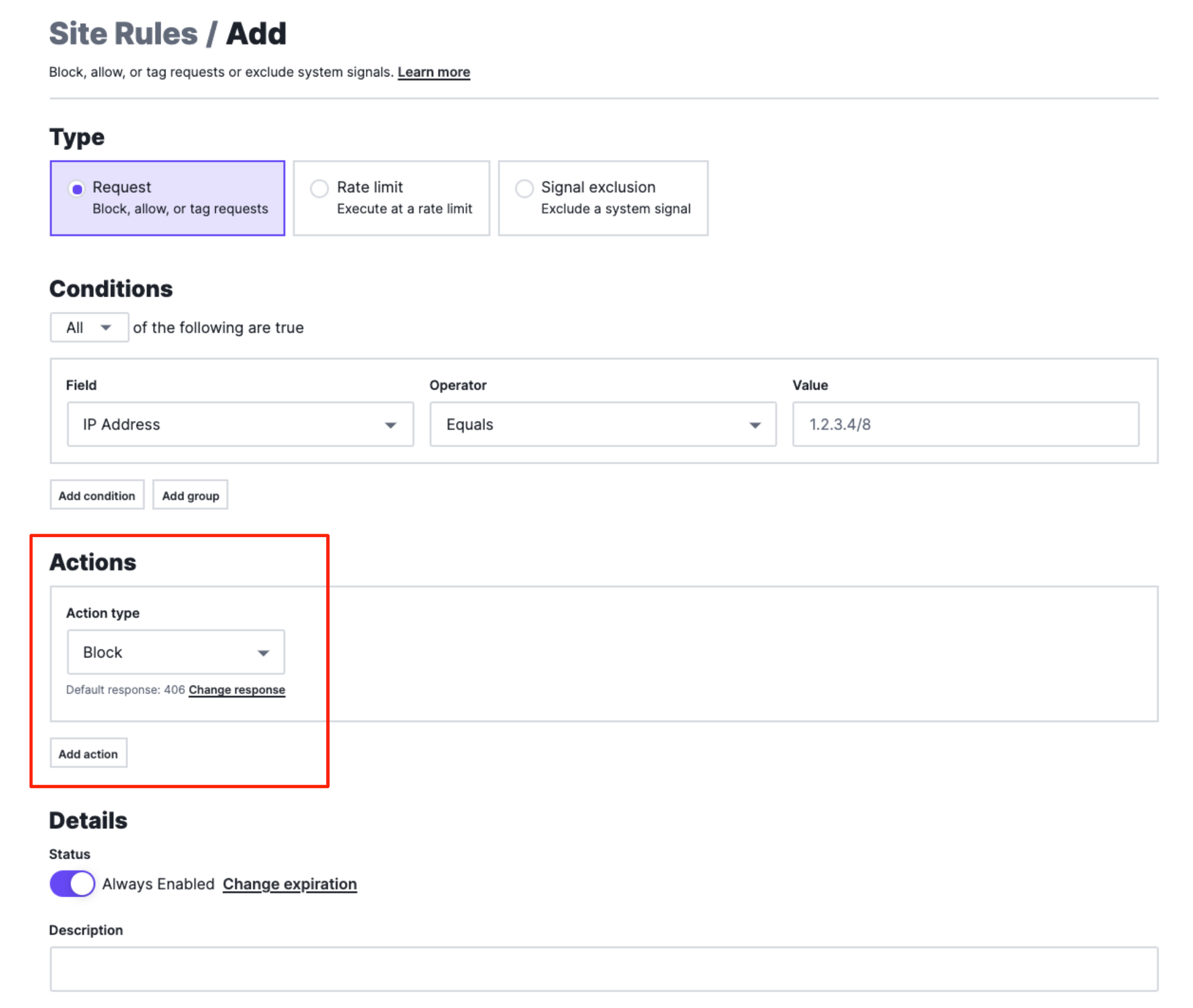 Not yet a Fastly Next-Gen WAF customer? Learn more.

Blake Dournaee currently manages the security product management group at Fastly where he is working to help ensure customers have access to features and capabilities that improve both security and performance. He started his professional career at RSA Data Security (Now EMC) as a specialist in applied cryptography applications. As a product manager, he worked on launching security appliances for API security and data protection at Intel Corporation.