This month marks 10 years of Fastly. On March 3, 2011, Fastly was officially incorporated as a company (though a few of our founders had been poking at our underlying technology for months before then). In honor of this milestone, we asked a few of our longest-tenured employees to share their memories from the earliest days of Fastly, their favorite or funniest moments, and their vision for the future of Fastly. 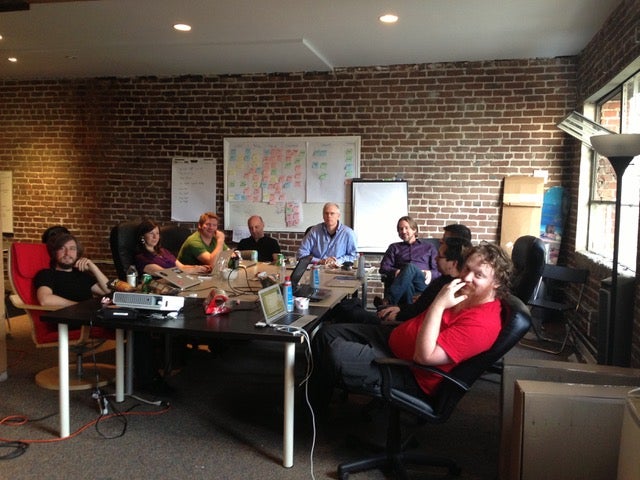 A small and mighty team of <10 gather for a meeting in an early Fastly office.

“I was having huge problems with our CDN at my previous company. I had gone in one day at 7 a.m. to make a change to our CDN because we knew it took eight hours to deploy a change. Then eight hours later, we were seeing issues with images loading in France. The only thing we could do was to turn the CDN off and on, and then wait another eight hours. It took basically 17 hours to implement a single line change.

“One day, I was complaining to Artur (Bergman, founder) about it, and it turned out he was having the same issues. We thought there must be a better way to build a better CDN. Artur was talking about moving more of the code and logic to the edge, away from the core service. For me, that was when I went from ‘oh, this is interesting,’ to ‘I have to start doing this.’ It was the moment when I thought this could change the way people build websites. I couldn’t wait to get started, so for me this was the origin story. It wasn’t a matter of if I wanted to do this, it was that I needed to do it.” 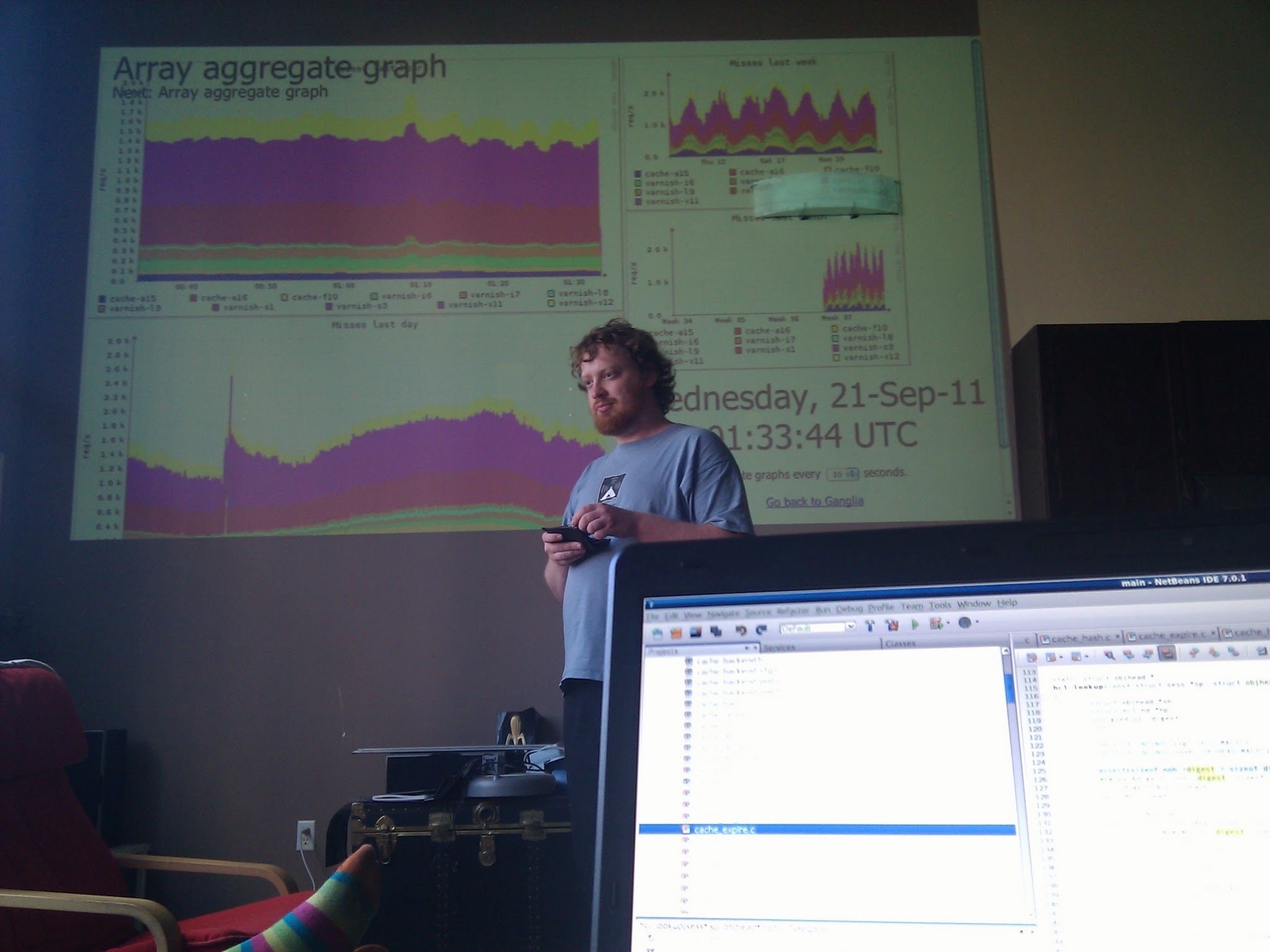 Artur runs a Fastly meeting from his living room in 2011.

“I was at Simon’s house one day and Artur came over. We started talking and he told me about this idea where he wanted to build a CDN. He described it as ‘kind of a CDN, but more like an edge computing network.’ I was a big distributed systems nerd at the time, and to me that was like absolute catnip. I decided to throw my weight behind this thing the very next day.” 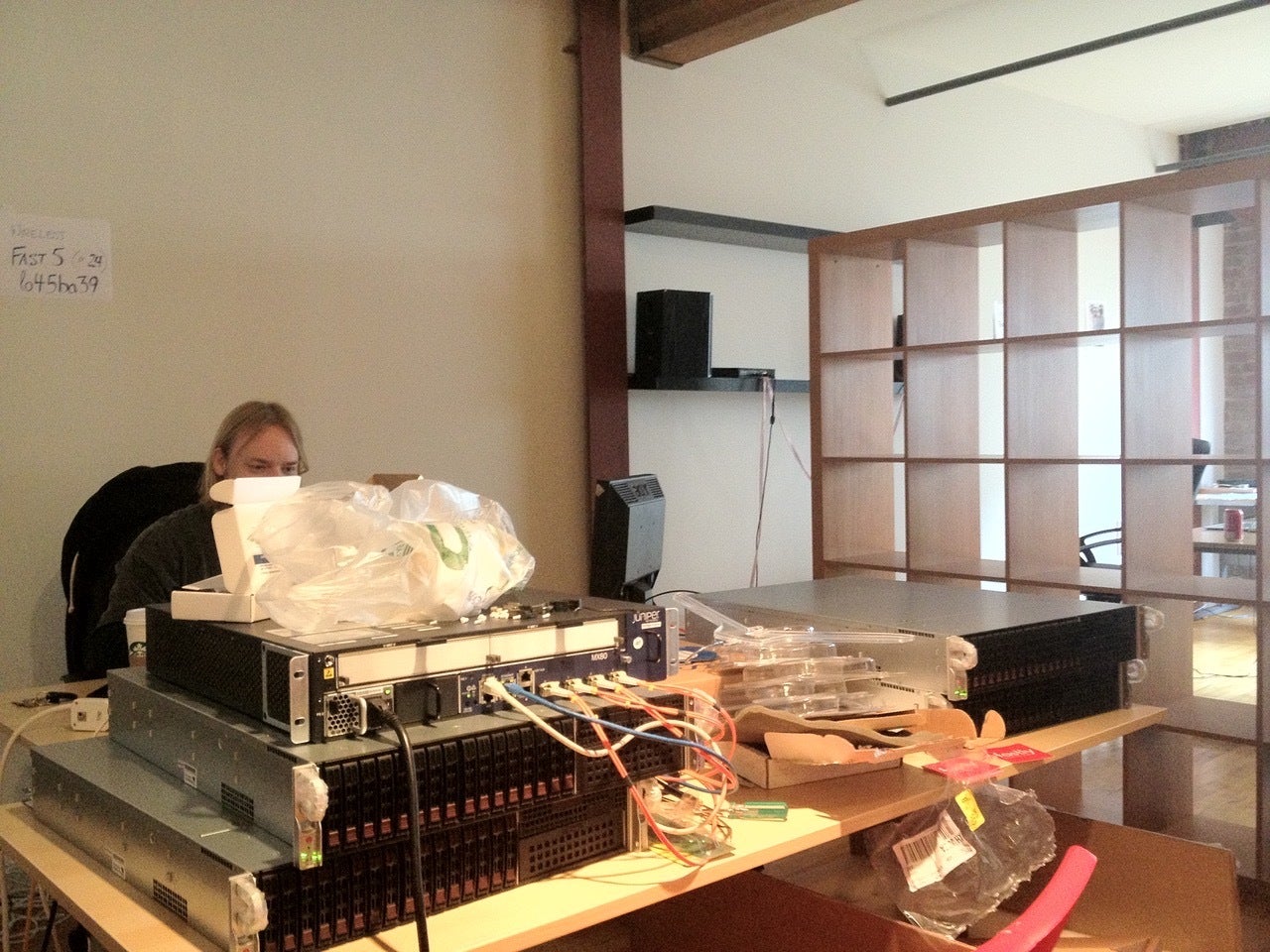 “I knew Artur Bergman and Jason Cook (Fastly principal engineer) from the Technical Operations sysadmins community. When Artur was first starting to talk about trying to get his company going, I thought, ‘This would be a really great opportunity to work with Artur and Jason,’ who I had immense respect for. I thought they were great technologists and engineers, and that this would be a great opportunity for me to work in something new and cool. When we started, we were talking about how, if we were to be successful, that this was going to be some of the biggest things we’re ever going to get the opportunity to do. There are only a handful of jobs out there where you can get this kind of experience.”

“I loved the caliber of people that came to work with us from the beginning. I loved that every time we got a new customer, we’d start explaining something and their eyes would light up realizing we were going to make their lives easier. When more people started to work for us, I would think,’“How can people this good want to work with us?’

“You have to remember that we didn’t even have an office then. We started off at an office in the Sailor’s Union of the Pacific Building (in San Francisco). Then, we were in Artur’s apartment. Then, an apartment on Delancey Street. And then, above the Pizza Place, which in the middle of summer was so hot that Amy’s (Hammond, VP of Workplace Creative Services) lipstick once melted.

“We really didn’t feel like a proper company, but every time we moved into a new place, it slowly started to feel a little more grown up. And then, seeing new people wanting to work with us, it felt like we were a real company. Especially when it was a customer who had left and then came to work with us, or an employee who had left Fastly but then came back. This is a place that people want to come to — and that feeling hasn’t gone away.” 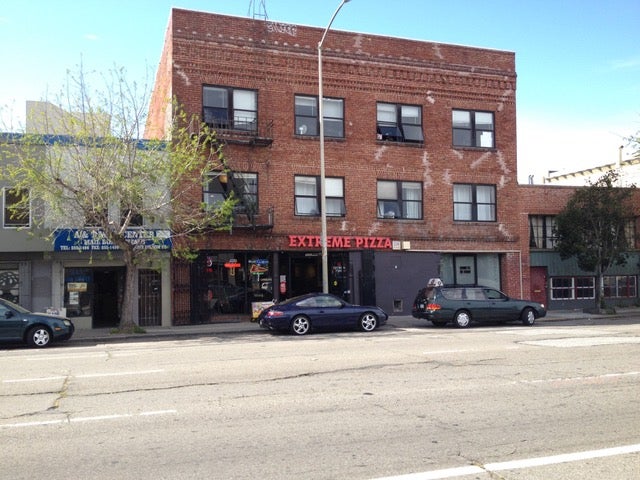 The infamous Fastly office, conveniently located above an Extreme Pizza.

“My fondest memory is the first time we actually hired movers instead of moving everything ourselves. We moved offices so many times by using trucks or our cars. So it was so great to have people help us. One time, we even moved offices across the street by hand. That included Tyler rolling down a hill in an office chair. And when we were working above the pizza ovens on Folsom street in SF — I couldn’t put my purse on the floor because it was so hot my lipstick would melt. There was actually one point that we had to go buy a swamp cooler that I would have to put ice in to keep us cool. It was very hot.”

Simon Wistow and Ryan Richards carry a box across the street to Fastly’s new office.

“At one point, there was a huge shortage of SSDs on the market. We were able to procure hundreds of them during this shortage, which is a lot of money. I recall UPS delivering these to us and dropping them off outside of the San Francisco office. For me, it was really strange seeing someone drop off something that was worth thousands of dollars just randomly at the door. I remember that very vividly.”

“There are so many more problems to solve. We only just got to our initial idea of edge computing. There is just so much more to do. I don’t think there is anywhere else with that type of large vision.”

“Thinking forward to the next 5 to 10 years, I'm super thrilled and excited for what we can provide to the world. If you think about how applications should be built to scale — to be globally available, to be fast, secure, and reliable around the world — that's what we should provide to our customers. If they build an application the Fastly way, they should just have their applications work. And we've seen this during the pandemic. Some of our most advanced customers handle the traffic spikes just fine because they've architected the way a modern web application should work. 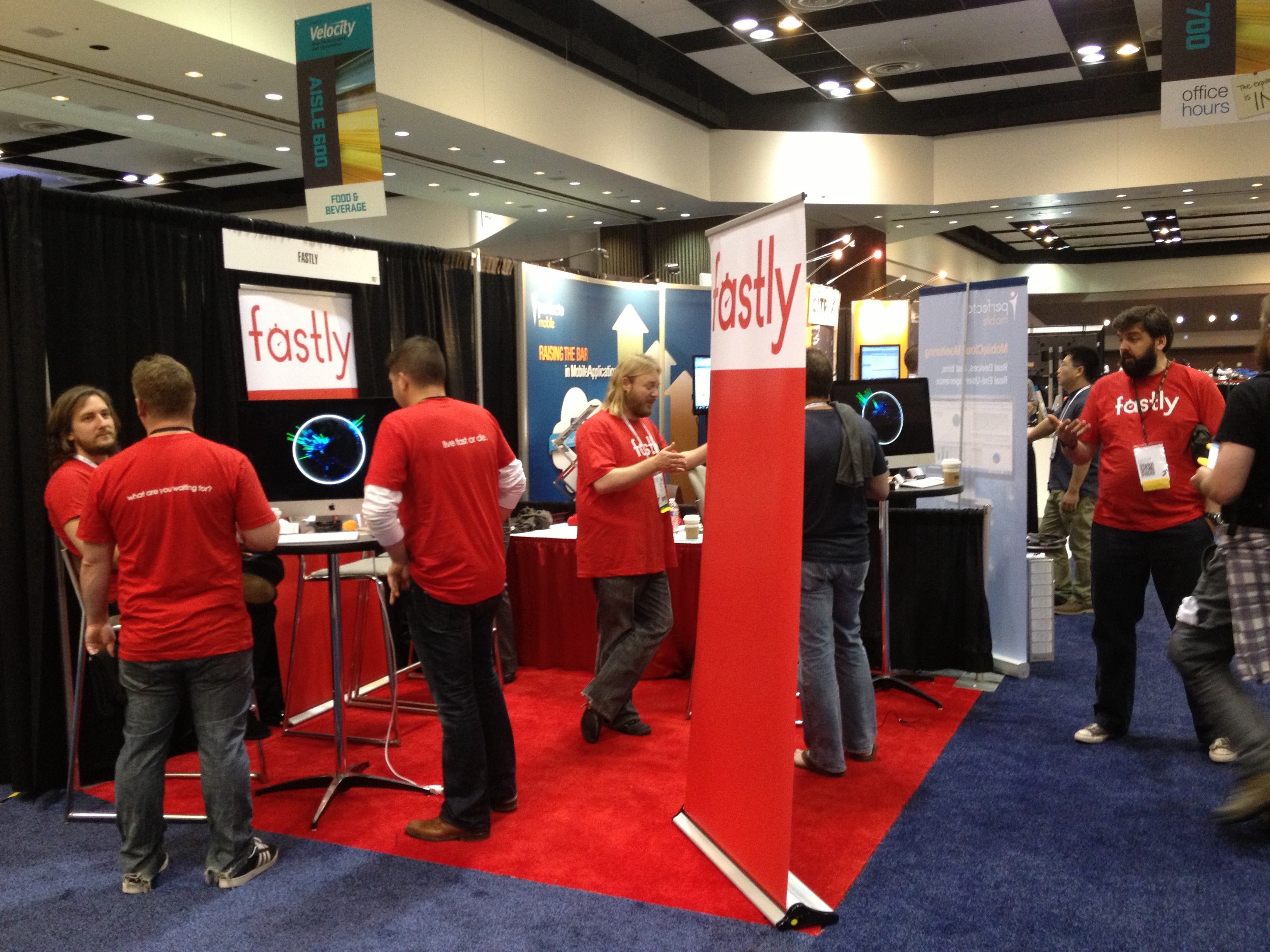 The Fastly team staffs a booth at Velocity conference.

Hannah Aubry is the community manager at Fastly, where she works on open source advocacy initiatives, as well as supporting and growing open source and developer communities.